I’m setting up a 3d particle emitter and I’m trying to setup a flock of birds that auto motion orient to a curve.  any ideas on how to approach this effect?

Hi , please send us an email with your setup to support, and we will try to help.

Did you find the answer? Im trying to do the same.

Hi Jose, when using the motion node with a light path you can set it to orient along the path

Hello,
I’ve just bought Stardust and I’m trying to achieve something similar – sharks swimming along a path. No matter what I try, the shark particles will not align to any kind of spline/light path. I have a Motion node, with Motion Type set to Light Path. The sharks swim along the light path, but their orientation does not change. The ‘Orient To Path’ checkbox has no effect at all. Also, the Particle Node’s Rotation Properties also seem to have very little effect: Changing the particle’s Up Axis does nothing, the Rotation Over Life graph has no effect, the Orient To: has no effect. I can change the angle of the particles with Angle X, Y, Z. I’d like to limit the rotation to 2D.
So any suggestions would be greatly appreciated!
~ Paul 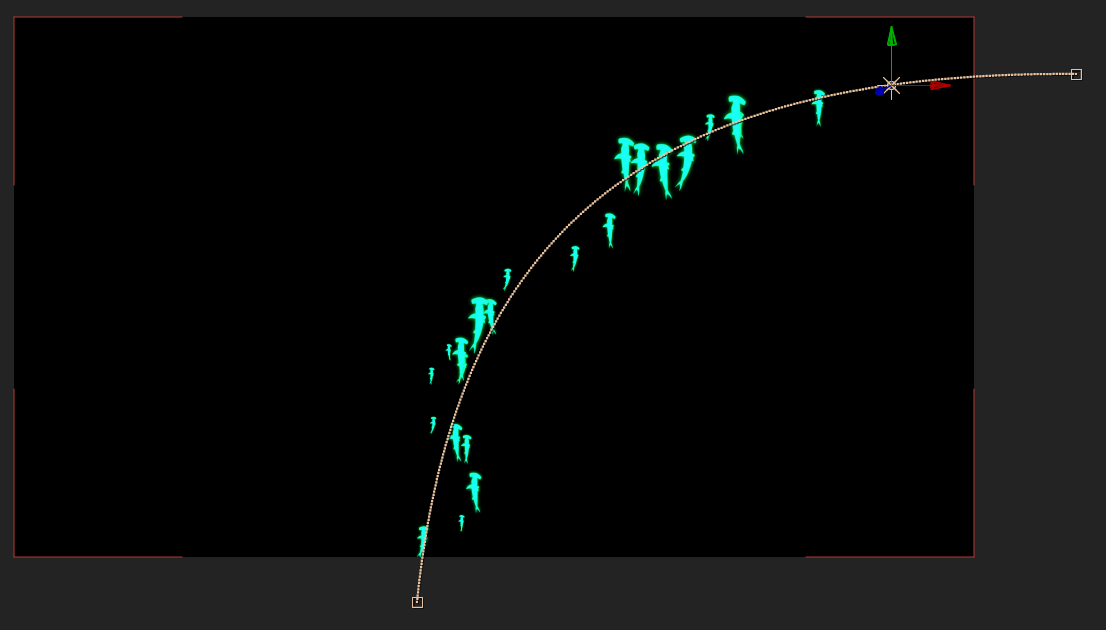 Im having the same problem, neither rotation properties orient – or orient to path checkbox in motion node work – am I missing something?

I’m also having the same issue. Can’t get particles to orient along the path.

Your Answer
We use cookies to ensure that we give you the best experience on our website. If you continue to use this site we will assume that you are happy with it.Ok